Most Australians are very familiar with the insects known as March flies. In temperate Australian zones these flies are commonly encountered over the warmer months of the year, and are unwelcome guests on many camping holidays! Tropical species may occur at any time of the year. In other words March flies don’t appear exclusively during the month of March. 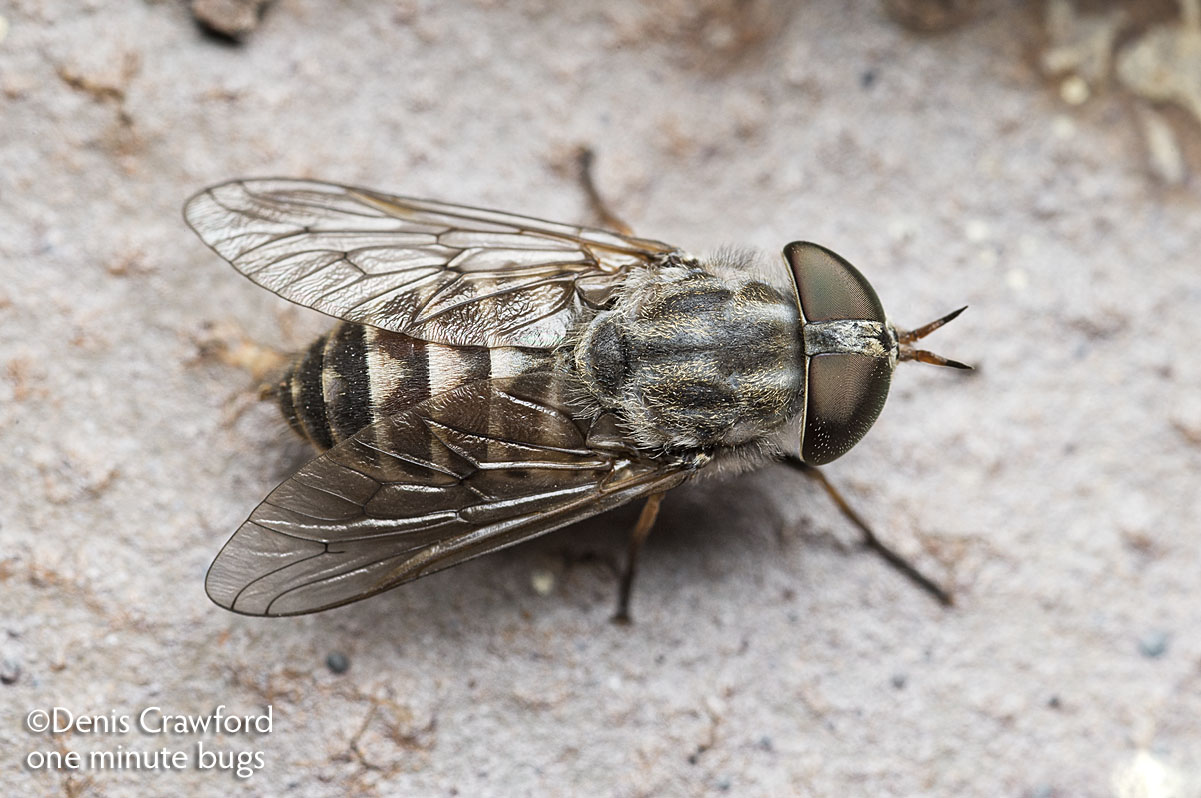 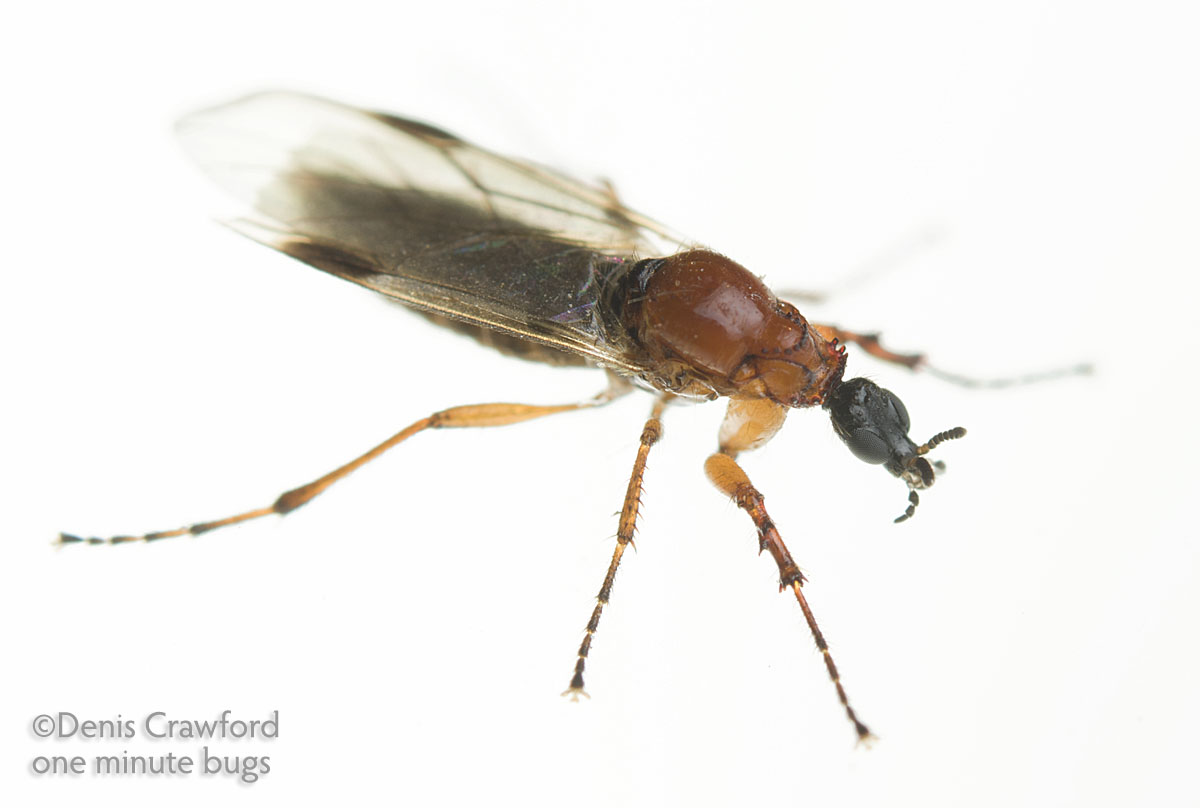 Australian March flies are notorious for their painful bite, and some species are pests of livestock which gives rise to another common name for them – ‘horse flies‘. Male March flies don’t bite, they feed on nectar. It’s only the females that feed on blood, they need the protein to lay fertile eggs. There are some March flies (both male and female) that never feed on blood – they only feed on nectar. The beautiful Scaptia auriflua is one of those – just click this link to learn more about those. 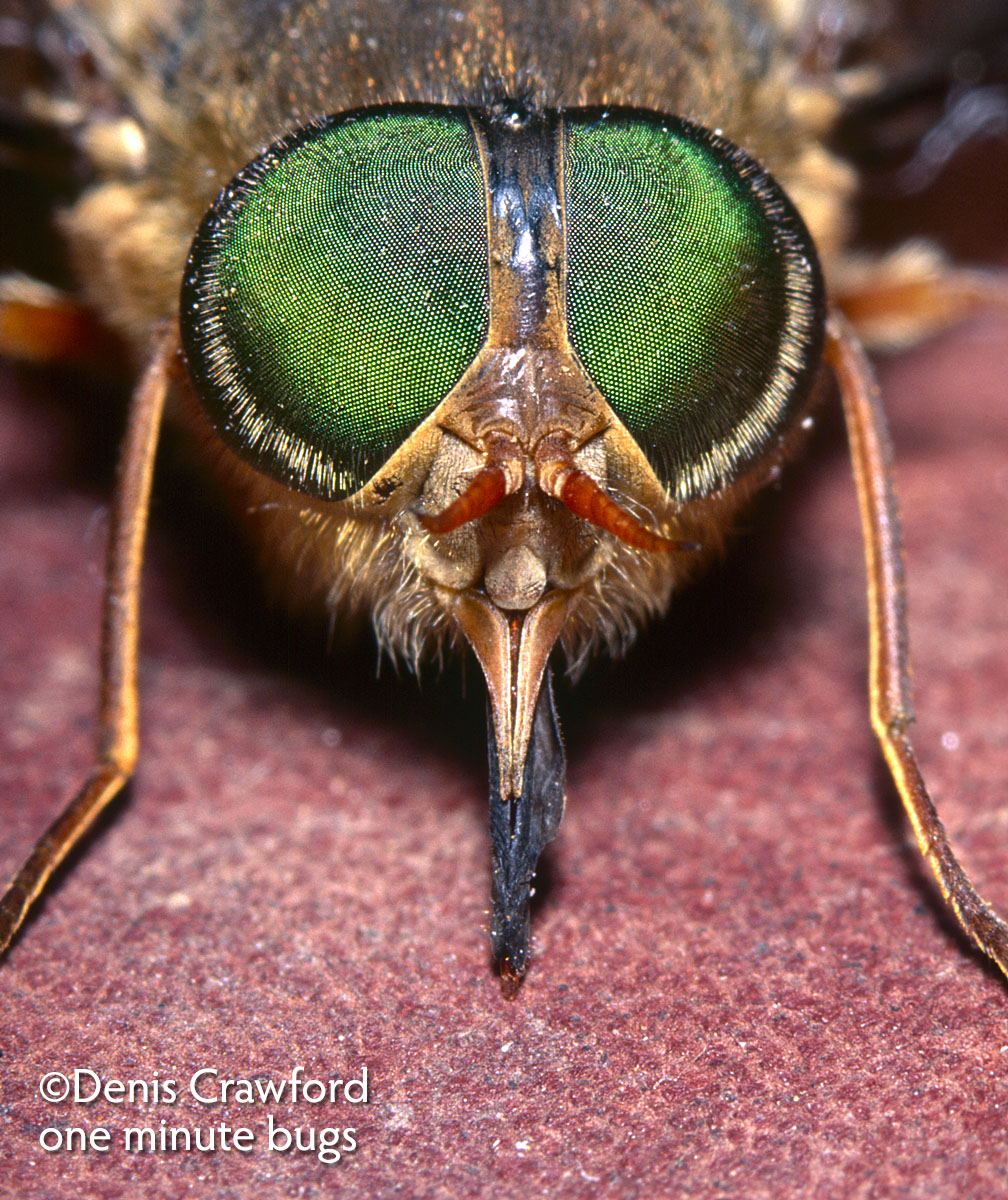 Hows that for a proboscis (above)? No wonder it hurts. Female March flies puncture the skin with the spike you can see at the tip of the proboscis, and then mop up the blood with spongy mouthparts. They don’t suck blood like mosquitoes do. March flies tend to be fairly slow, especially when they have landed on your skin for a blood meal. They do a fair bit of investigating of the skin before inserting their spike, and are easily swatted away.

The larvae of common March fly species usually occur in damp soil, vegetation in swamps, and in river mud, where they prey on other insects. Adult March flies are themselves preyed on by other insects such as robber flies, reptiles such as skinks, and birds. They may be annoying to us (and in the case of some overseas species spread diseases) but they are part of the environment we live in. This post was inspired by the beautiful March fly below (I’m not sure of the species) that I found in my vegetable garden just the other day. 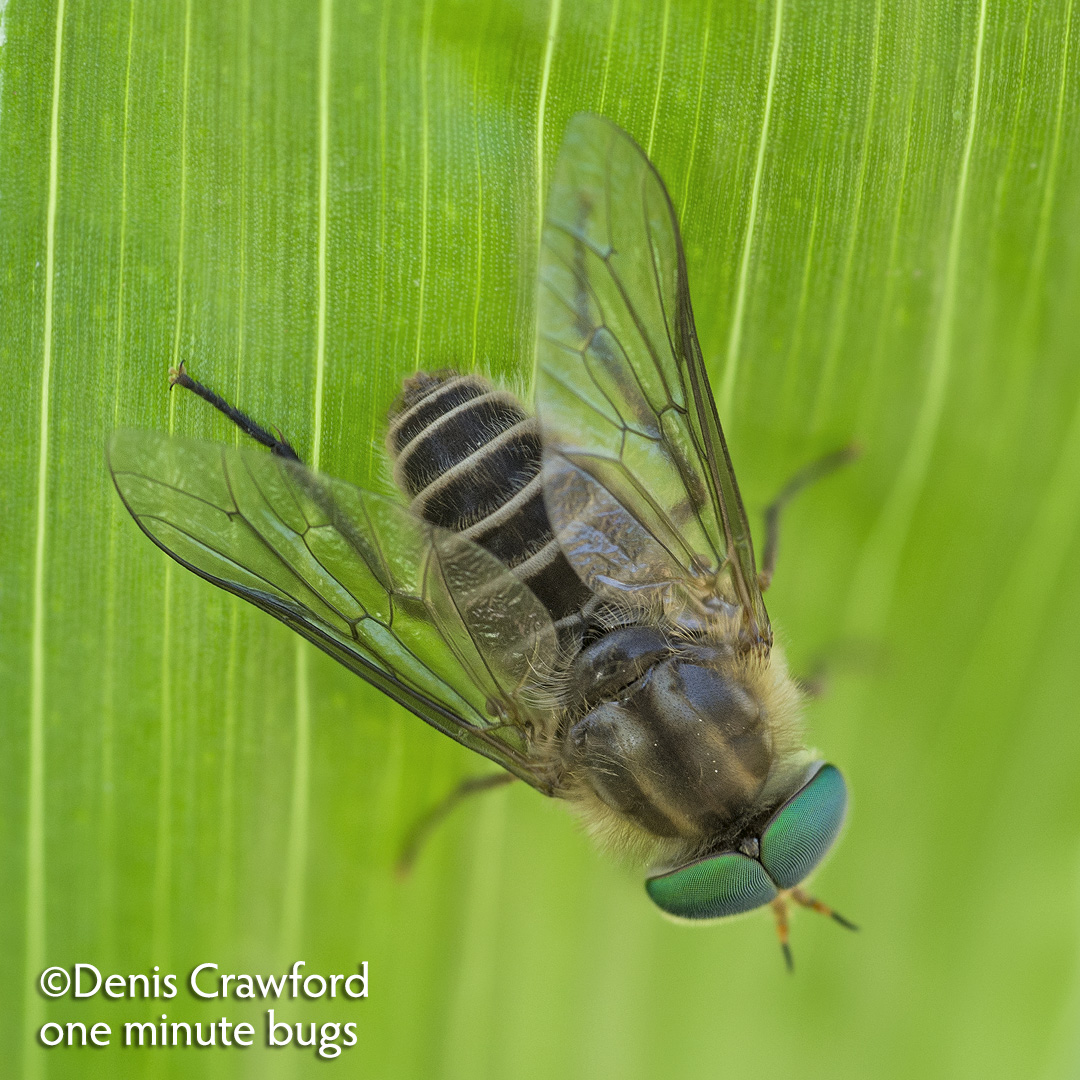