I first published this story back in April 2015. Recently, I spoke about this weevil on ABC Radio Ballarat and also at a talk I gave to Friends of the Grampians Gariwerd (FOGG) so I thought now is a good time to republish.

I found this fellow trundling along the road when I went for my morning walk the other day. This insect is commonly known as a Botany Bay weevil (Chrysolopus spectabilis) or by its other common name “diamond weevil”. This is the male of the species. Females are larger insects, making males the lesser of two weevils (sorry, I couldn’t resist!). 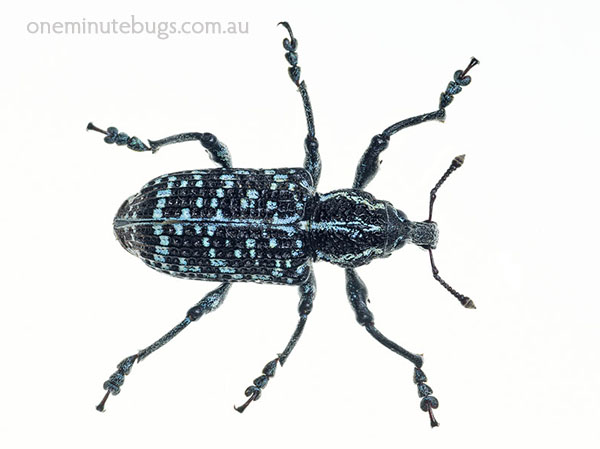 Botany Bay weevils belong to an historic group of insects. This weevil was collected by Sir Joseph Banks on Captain James Cook’s voyage to Australia in 1770. Actually we don’t know that Banks himself collected it – it could have been one of his men, or the Swedish naturalist Daniel Solander who accompanied Banks on the voyage. On his return, Banks gave the task of cataloguing his insect collection to the Danish insect taxonomist Johann Fabricius. The weevil was described in 1775, making it one of the first (if not the first) Australian insects described to western science.

Sydneysiders may be surprised to learn that the Botany Bay weevil is not only found around Sydney, but from coastal far north Queensland to eastern South Australia. The weevil is certainly common in New South Wales and its common name probably dates back to the early colonial days of Botany Bay.

To this day we don’t actually know where Banks’ specimen was collected. Was the weevil collected at Botany Bay in April 1770, or during July/August 1770 when Cook was repairing the Endeavour near present day Cooktown, or at one of the other landing points in between? The label on the specimen simply says “nova Hollandia”. 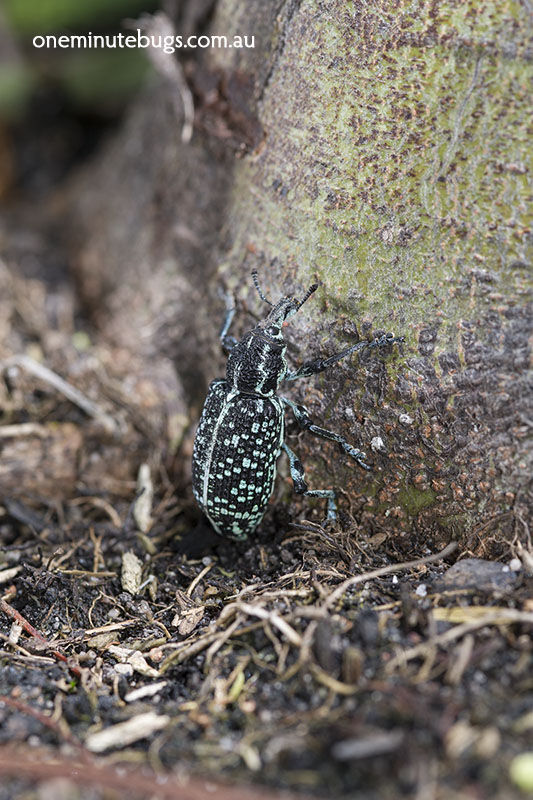 Botany Bay weevils are associated with about 30 species of Acacia. Female weevils chew holes in stems at or below ground level in which they lay their eggs. Upon hatching the larvae bore into the stem and usually down into the roots. Adult weevils emerge in the summer, and what spectacular insects they are with their rich metallic green or blue markings on a black background. The adult weevils also feed on Acacia spp. in their characteristic manner of removing the leading shoots several centimetres down the stem.

The Botany Bay weevil has a distinctive defence mechanism. One day I was taking some close-up images of weevils on Acacia provincialis when I got just a bit too close for comfort. The weevil suddenly went stiff, toppled backwards and fell to the ground like an actor in a B grade Western movie. The trick I learned was to move closer to them slowly, taking photos as I went, so they got used to me and the noise of the camera.