To most people the word “parasite” conjures up all sorts of images from tapeworms to brain-eating amoebas to scenes from the film Alien. So a “parasitic wasp” must be something really freaky and horrible then? To us – no; but to an aphid or a caterpillar or some other target insect – yes.

Technically a parasitic wasp isn’t a parasite at all. True parasites like tapeworms don’t normally kill their hosts, because that would mean their own death. So insects such as parasitic wasps and flies which parasitise and kill other insects are known as parasitoids. 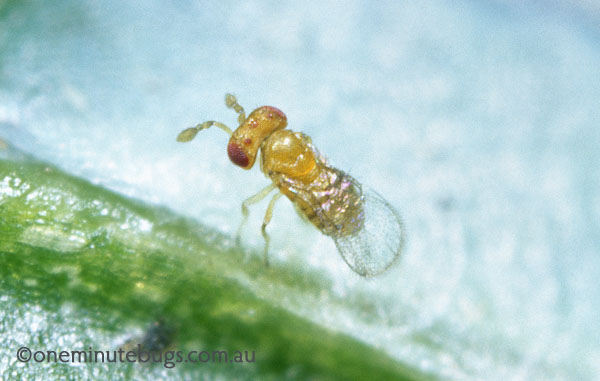 Some of my favourite parasitoids are the tiny wasps of the genus Trichogramma (above) and related genera. At less than 0.5mm in length they are some of the smallest insects known to science. These wasps lay their eggs inside the eggs of moths and other insects, and complete most of their life cycle within those eggs. That’s one mighty small ecological niche!

These tiny wasps are of great benefit in agriculture and horticulture and are used throughout the world as biological control agents against various caterpillar pests. For example, in Australia a couple of species of Trichogramma are considered to be the most important natural enemies of the budworm (Helicoverpa spp.) our worst caterpillar pest. 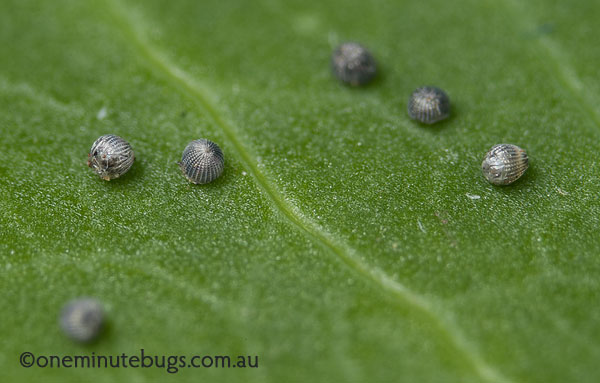 Trichogramma wasps are excellent to have in the garden because they stop a pest’s life cycle at the egg stage − before a single plant-chewing caterpillar has hatched. But they are so tiny – how do you know if they occur in your garden? If moth eggs are parasitised they turn black (see above)! When in doubt, collect a couple of leaves with moth eggs on them and keep them in a jar to see what hatches out. If little wasps emerge, let them go in the garden to parasitise more moth eggs. If little caterpillars hatch out, you may need to control them as you usually do. 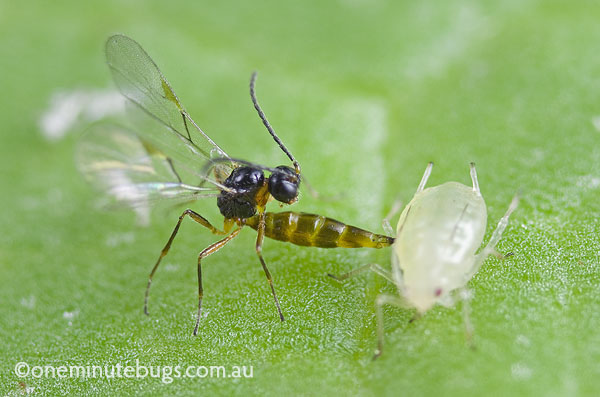 I have a couple of other favourites. Firstly the aphid parasitoid Aphidius spp. which was featured in the story Revenge of the Mummy. Anyway, that’s her above. Secondly there is the  common ichneumonid wasp Lissopimpla excelsa. This large wasp (about 25mm in length) wasp is best known for the male of the species being fooled or ‘duped’ into pollinating Cryptostylis species of native ground orchids. The orchid flowers mimic the odour and appearance of female wasps to attract males to ‘mate’. These duped male wasps collect pollen in the process, which is transferred to the next flower that tempts the male wasp. Female Lissopimpla excelsa (below) are parasitoids of large caterpillars such as budworms and armyworms. 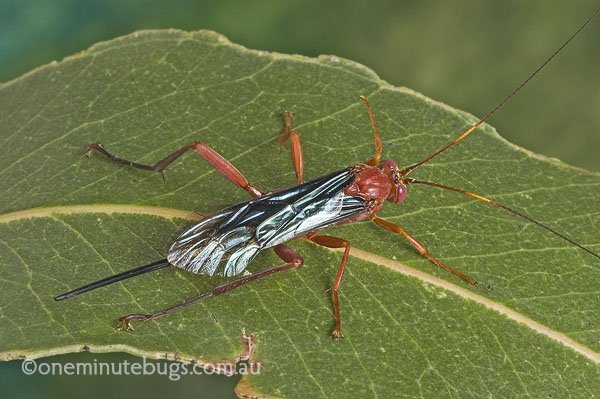 So let’s complete that circle then. The female Lissopimpla excelsa wasp is a parasitoid of caterpillars (some of which are pests), while the male wasp is duped by the smell and appearance of orchid flowers to be a pollinator of all five species of Cryptostylis orchids. If there were no pesky caterpillars for Lissopimpla wasps to breed in, there would be no Cryptostylis orchids.

6 Replies to “I love parasitoids”